Terracing farmlands or simple gardens should be done for several reasons. When there are heavy rains, the first thing to get washed out of the soil is the organic material. After that the silt and small particles of clay are removed. That leaves you with sand, which will not hold water or nutrients of any kind. Terracing in the manner which I have done will prevent loss of all of the above or at least minimize it, by preventing the water from running off until everything has settled back to the soil before you drain it. Terracing is also good for retaining water during droughts as it allows you to control where the water goes after it lands. I did it because of the droughts we have experienced in the last few years. I do realize that it will now rain a lot more so I thought I would cover all my bases with the too much rain logic as well, even if it is true.

I have done my terracing in one-sixteenth acre areas. I have a few more to go before I have completed the task. I figured that since I can't work on that now because my next terrace is currently a pond, I would go ahead and get this written. What I did was to pace off the area I was going to terrace and then drive posts into the ground at the corners. If you do this remember that you are going to be building a wall that will retain water, so factor that into your calculations as well.

Finding level is rather simple. All you need to do is mark off a spot that is going to act as your datum or baseline. This should be done on the highest corner post and as close to the ground as you can possible work to do the following. Attach a hose to it even with the mark and take the other end of the hose down to one of the other corner posts. By pouring water into the hose on one end until it is level with the water on the other end you can establish level. Repeat this with the next two remaining posts and you will have marked off level for the whole area. What I did at that point was determine the centerline and dig down to the clay around the edges, depositing the topsoil in the lower area of the terrace. After I completed that, I stripped the topsoil from the upper areas and dumped it in the lower areas. I did this until I had gotten down to the clay. After that I used the clay to build a level berm all of the way around. This acts as a dam to stop all water flow or at least really slow it down. Because I had other projects to do I took all remaining clay to the top of the hill. I dug down until I was at what I had determined was to be the final level of the terrace minus the thickness of the topsoil.

Then I put all of the soil from the lower part of the terrace into the area I had dug out. I stripped it all the way down to the clay again. Then I leveled the clay and put the topsoil back. The berms will eventually be planted with Maringa trees and herbs to hold it in place, and there will also be a drainage area with a valve on it. The Maringa trees will be planted in the area where I won't be taking the tractor. The point being.... plan ahead. 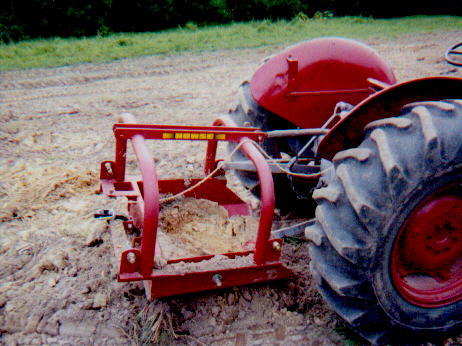 This is what I used to move all of the soil. 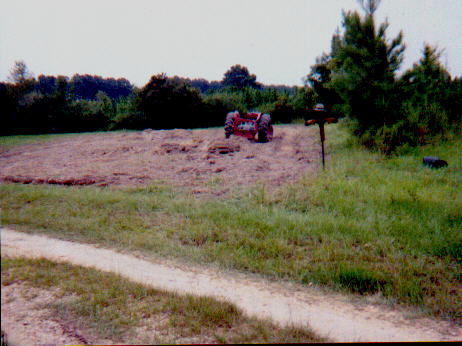 This is what the field looked like after I laid it out and was just getting started. 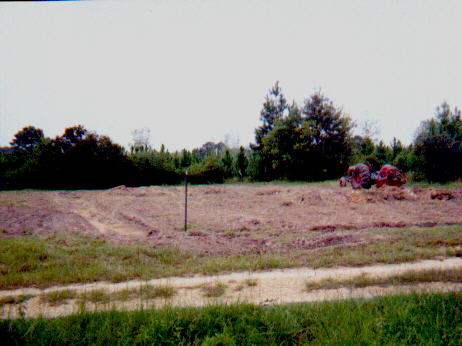 This is where I dug out the topsoil around the edge of the terrace top get to the clay so as to achieve a good seal. 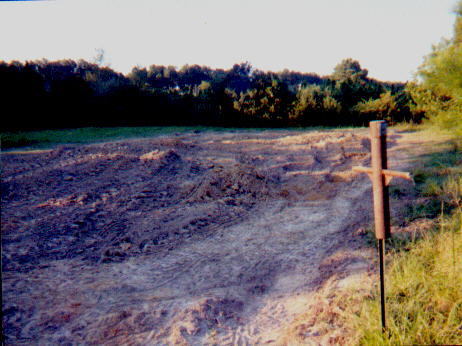 This where I am clearing the soil from the upper part of the terrace after digging around the outer edges to get below the topsoil. 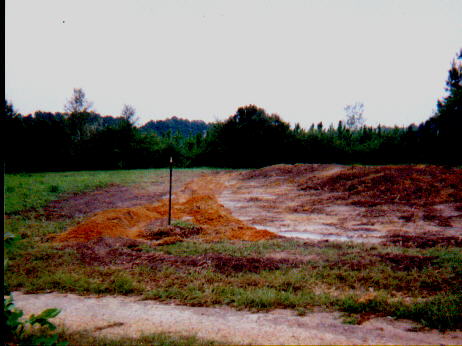 This is where I am building the berm around the outside of the terrace. 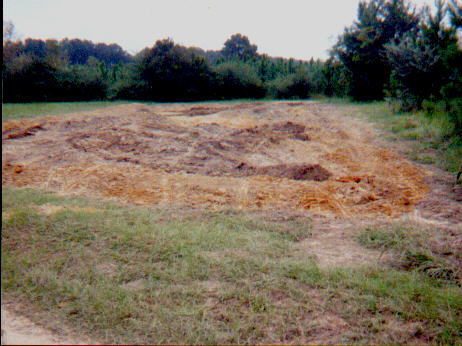 This is similar to the above picture but a little further along. 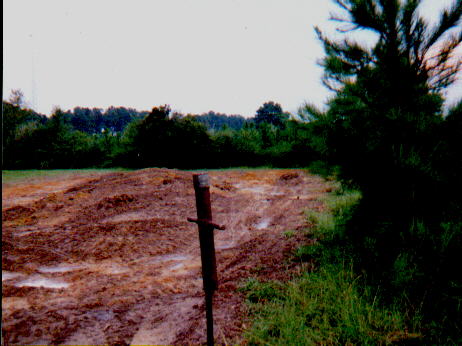 This is where I have dug down to the clay on the upper part and piled the clay pretty much on the lower portion of the area. 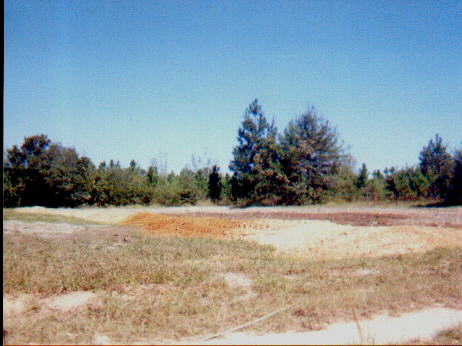 This is the finished terrace. 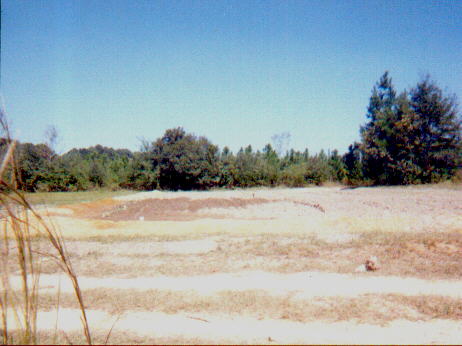 This is another angle of the same terrace.

From start to finish I spent about twenty-five hours on the terrace. That doesn't include down time as a result of rain. I will add to this as things move along in 2001. I will also discuss soil improvement so far as adding organic material and liming are concerned. If I get a really wet year I will show how the drainage system is set up. If it is a dry year I will explain dry farming. I will explain that a bit later anyway. Just because I am not experiencing a drought doesn't mean doesn't mean you aren't.